We have successfully represented Debtors in many different types of Chapter 13 Bankruptcy Proceedings. If you are thinking about filing Chapter 13, then please contact us to see how we can help you resolve your financial difficulties. The following are answers to some general questions regarding bankruptcy.

We Can File Today!

That’s right.  We can file your bankruptcy today in order to stop a foreclosure or a garnishment if you need us to.  The United States Bankruptcy Court accepts electronic filings, which means that if you come to our office, we can literally file the paperwork with the Court from the office by e-mail and stop the foreclosure.

What is Chapter 13 Bankruptcy?

Chapter 13 is frequently referred to as a “wage earner” plan, although it actually applies to individuals with regular income from any source, not just wages. It is used by individuals employed by others or self-employed in their own business to re-pay their debt over a reasonable period of time. Chapter 13 permits a debtor to pay a percentage of the debt back based on the debtor’s ability if the debtor cannot afford a full payback.

Upon the filing of the petition an impartial trustee is appointed by the United States trustee to administer the case. A primary role of the chapter 13 trustee is to serve as a disbursing agent, collecting payments from debtors and making distributions to creditors.

The filing of the petition under chapter 13 “automatically stays” most actions against the debtor or the debtor’s property. As long as the “stay” is in effect, creditors generally cannot initiate or continue any lawsuits, wage garnishment, or even telephone calls demanding payments. Creditors receive notice of the filing of the petition from the clerk or trustee. Further, chapter 13 contains a special automatic stay provision applicable to creditors. Specifically, after the commencement of a chapter 13 case, unless the bankruptcy court authorizes otherwise, a creditor may not seek to collect a “consumer debt” from any individual who is liable with the debtor.By virtue of the automatic stay, an individual debtor faced with a threatened foreclosure of the mortgage on his or her principal residence can prevent an immediate foreclosure by filing a chapter 13 petition. Chapter 13 then affords the debtor a right to cure defaults on long-term home mortgage debts by bringing the payments current over a reasonable period of time. The debtor is permitted to cure a default with respect to a lien on the debtor’s principal residence up until the completion of a foreclosure sale under state law.

The debtor must file a plan of repayment with the petition or shortly thereafter. The chapter 13 plan must provide for the full payment of all claims entitled to priority under section 507 of the Bankruptcy Code (unless the holder of a particular claim agrees to different treatment of the claim); if the plan classifies claims, provide the same treatment of each claim within each class; and provide for the submission of such portion of the debtor’s future income to the supervision of the trustee as is necessary for the execution of the plan. Other plan provisions are permissive. Plans, which must be approved by the court, provide for payments of fixed amounts to the trustee on a regular basis, typically monthly. The trustee then distributes the funds to creditors according to the terms of the plan, which may offer creditors less than full payment on their claims. If the trustee or a creditor with an unsecured claim objects to confirmation of the plan, the debtor is obligated to pay the amount of the claim or commit to the proposed plan all projected “disposable income” during the period in which the plan is in effect. Disposable income is defined as income not reasonable necessary for the maintenance or support of the debtor or dependents. If the debtor operates a business, disposable income is defined as excluding those amounts which are necessary for the payment of ordinary operating expenses.Within 30 days after the filing of the plan, even if the plan has not yet been approved by the court, the debtor must start making payments to the trustee.

A 341(a) “meeting of creditors” is held in every case, during which the debtor is examined under oath. It is usually held 20 to 50 days after the petition is filed. The debtor must attend this meeting, at which creditors may appear and ask questions regarding the debtor’s financial affairs and the proposed terms of the plan. If a husband and wife have file one joint petition, they both must attend the creditors’ meeting. The trustee also will attend this meeting and question the debtor on the same matters. In order to preserve their independent judgment, bankruptcy judges are prohibited from attending.If there are problems with the plan, they are typically resolved during or shortly after the creditors’ meeting. Generally, problems may be avoided if the petition and plan are complete and accurate and the trustee has been consulted prior to the meeting.In a chapter 13 case, unsecured creditors who have claims against the debtor must file their claims with the court within 90 days after the first date set for the meeting of creditors. A governmental unit, however, may file a proof of claim until the expiration of 180 days from the date the case is filed. After the meeting of creditors is concluded, the bankruptcy judge must determine at a confirmation hearing whether the plan is feasible and meets the standards for confirmation set forth in the Bankruptcy Code. Creditors, who will receive 25 days notice of a hearing, may appear and object to confirmation. While a variety of objections may be made, the most frequent ones are the payments offered under the plan are less than creditors would receive if the debtor’s assets were liquidated, or that the debtor’s plan does not commit all disposable income for the three-year period of the plan.Within 30 days after the filing of the plan, even if the plan has not yet been approved by the Court, the debtor must start making payments to the trustee. If the plan is confirmed by the bankruptcy judge, the chapter 13 trustee commences distribution of the funds received in accordance with the plan “as soon as practicable.” If the plan is not confirmed, the debtor has a right to file a modified plan. The debtor also has a right to convert the case to chapter 7. If the plan or modified plan is not confirmed and the case is dismissed, the court may authorize the trustee to retain a specified amount for costs, but all other funds paid to the trustee are returned to the debtor. On occasion, changed circumstances will affect a debtor’s ability to make plan payment, a creditor may object or threaten to object to a plan, or a debtor may inadvertently have failed to list all creditors. In such instances, the plan may be modified either before or after confirmation. Modification after confirmation is not limited to an initiative by the debtor but may be at the request of the trustee or an unsecured creditor.

The provisions of a confirmed plan are binding on the debtor and each creditor. Once the court confirms the plan, it is the responsibility of the debtor to make the plan succeed. The debtor must make regular payments to the trustee, which will require adjustment to living on a fixed budget for a prolong period. Alternatively, the debtor’s employer can withhold the amount of the payment from the debtor’s paycheck and transmit it to the chapter 13 trustee. Furthermore, while confirmation of the plan entitles the debtor to retain property as long as payments are made, the debtor may not incur any significant new credit obligations without consulting the trustee, as such credit obligations may have an impact upon the execution of the plan.A debtor may consent to the deduction of the plan payments from the debtor’s paycheck. Experience has shown that this practice increases the likelihood that payments will be made on time and that the plan will be completed. In any event, failure to make the payments may result in dismissal of the case or its conversion to a liquidation case under chapter 7 of the Bankruptcy Code. 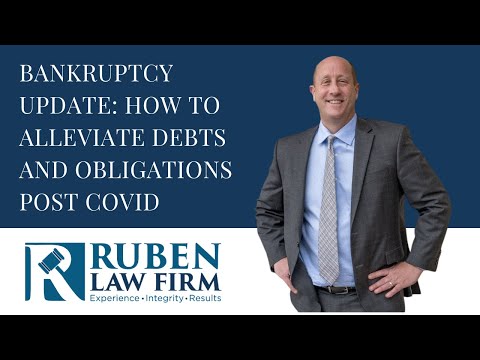